I’m not going to lie to you. While our cinematographer Chris has shot proposals before (we’ve incorporated them in to our wedding films), I personally have never arranged or shot one. So when I got the call from Miro in Michigan and heard his story, I must say, I was intrigued. He was nervous and unsure about his plans to propose to his girlfriend Joanna on Maui. So much could go awry, so much left to chance!

With all these logistical question marks of the Maui marriage proposal, my inspiration began plumbing for solutions and I was hooked on the idea of joining team Miro and helping him ROCK HIS MARRIAGE PROPOSAL. I felt a kindred spirit to my fellow brother who was wounded by cupid’s arrow for his love. I would go in the trenches with him and stop at nothing until we got to YES and had that little film that the couple would take into their forever together.

Miro and I worked out all the kinks and contingencies, from how and where I would administer the microphone (and boy did I ever have to channel my inner Robert Muller the Third to make sure that wire was stealthily hidden from the unsuspecting Joanna),

From his Google Review:

Going into a life changing moment, I didn’t even know where to look or start. I contacted Stephan as I read a previous few reviews and wow did he not disappoint. He calmed me down right away and did not turn me down at all with the quick and almost impossible turnaround. We literally planned an entire surprise proposal within a week. The communication was key and he had backup plans ready if things went wrong. Stephan and his friend Michael (the photographer) were super professional and I would use for our wedding if they were out in Chicago! Great guys.

to how and where he should stand and how Michael (the photographer) and I would blend in as to not be suspected (rather than hiding in the bushes, we decided to remain in plain site and pretend to be shooting the scenery… we talked story and joked about how next time we’d bring along a sixer o’ green bottles to further blend in like locals). The Maui Marriage Proposal was ON!

And what an adventure it was.

I listened in to the wireless mic as Miro tried to coax Joanna down to the rocks at Merriman’s in Kapalua. To my horror, she resisted and indicated she’d rather stay up at the restaurant deck to watch the sunset and enjoy their cocktails. But Miro hung in there and found creative ways to entice her down…

What the week of preparations and those nail-biting moments before the big question amounted to, you’ll have to see for yourself below… 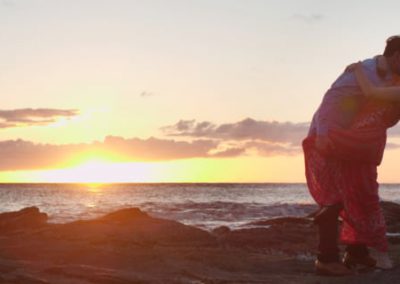 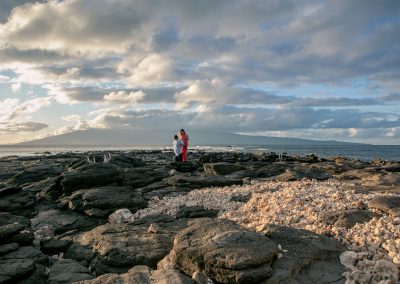 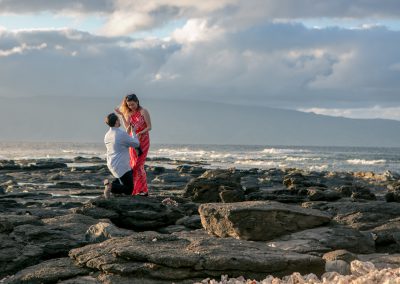 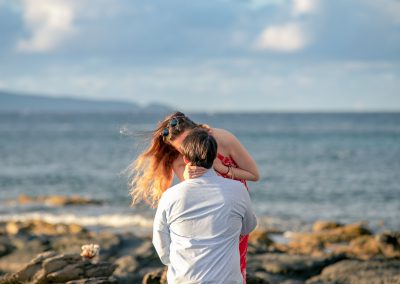 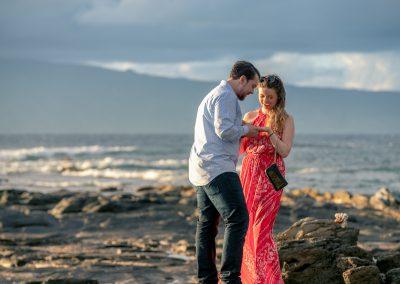 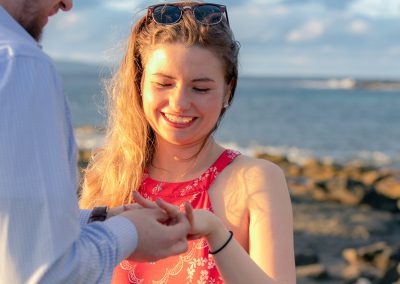 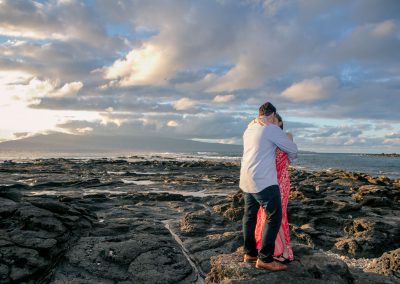 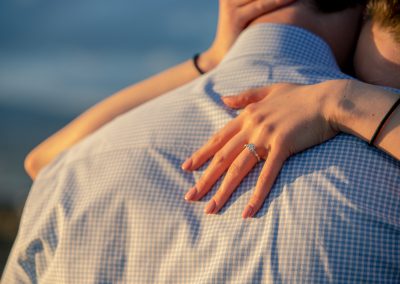 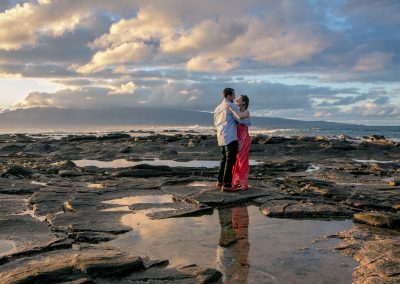 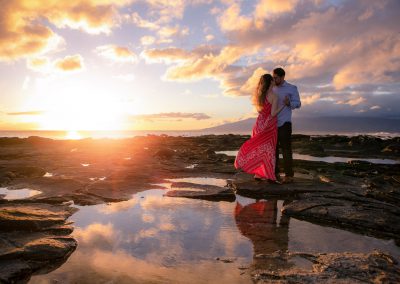 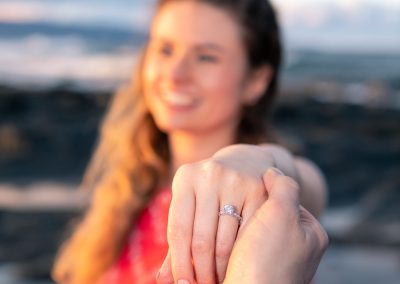 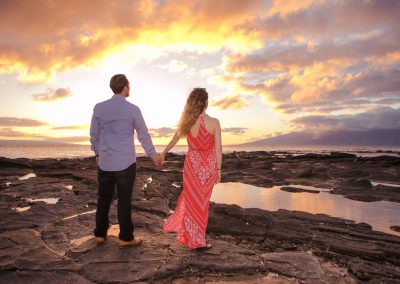 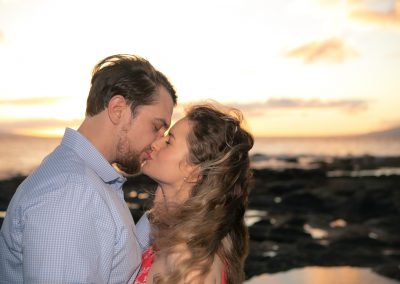 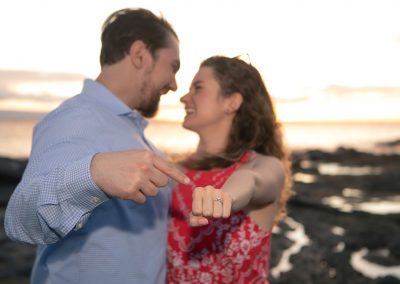 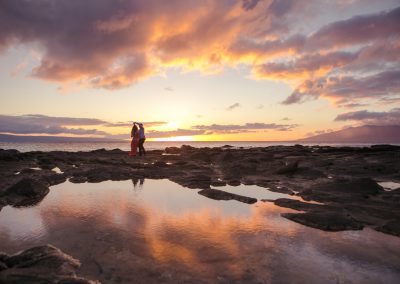 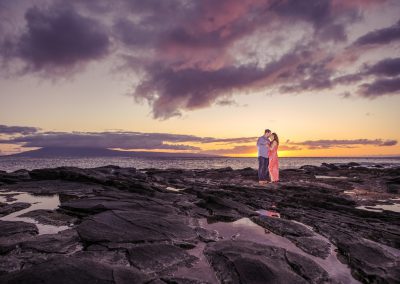